Twirling throughout the house, I dragged a hot pink boa, littering feathery remnants down the hallway. Wearing Mom’s broken dress slippers, I breathlessly clopped the floor similar to a moose in a tutu, leaving behind a trail of deeply ingrained scratch marks on Mom’s polished wood floors.

I called into the other room as I spun, “Mom, I’m going to be a dancer.”

With hair similar to curling dental floss, I was nicknamed Flossy after Mom’s favorite babysitter for me, who also sported a head of frills, although her hair was much darker than mine. Flossy was a black college student with a smile that opened her arms to the world, along with courage large enough to inspire my future—forever. It all began on a sunny afternoon.

I sat at the top of the sliding board in anticipation of a breezy glide downward, just me and my new doll, Christy, next to me, a birthday gift from my recent four-year-old party. Dressed with a grin, I slid downward. But something was wrong. My doll moved faster, reaching the bottom before I could catch her. The family dog, Blacky, who frightened me, snatched her and fled to the woods. I screamed.

Flossy, with a focused stare, erect shoulders, and reaching arms fled after Blacky, and after catching up to him they demonstrated a frenzied tug-of-war. As Flossy held the doll’s head, Blacky’s teeth penetrated Christy’s foot with enough force to nearly bite it in two pieces. With a grunt and a perspiring forehead, Flossy made one last jerk, and with a loud whoop my doll was free. Unfortunately, my doll was a “has-been”. When I saw her I cried.

Her once shining straight hair was now smelly and mangled with dog saliva, dried crushed leaves, along with dirty grime. I shouldn’t have placed her next to me on the slide. But even more than my guilt was my affection for Flossy. She triumphed as the heroine, plunged into a frightful world I could not navigate. In the end, it didn’t seem to matter that my doll wasn’t the same for it had been replaced with a person far more real than childish play, a life-sized heroine.

Adventures of the Boxcar Children, saved for me by the school librarian, persuaded me of invincibility where imagination transported the reader into a place where dreams became reality. Whether roughing it in the wildness of nature, or dancing from a pinnacle of achievement, we would all be somebody of significance one day, like a dancer or a rescuer of helpless baby dolls.

Someday came, yet, it unfolded more like scratch marks on the floor along with rubber work boots. It fleshed out like a tug-of-war in the raw earth where heroines live. These heroines are not the rich and famous but rather the devoted, loving, and creative creatures God places along our pathway. 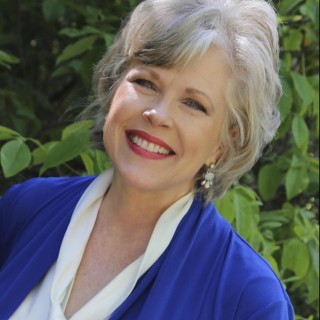